We give a brief survey of the evolution of query languages for (property) graphs, starting from the early work in the 1980s on regular path queries, and continuing, via more complex querying primitives and adding data, to current proposals actively developed by the Standards committee known for its work on SQL. These include an extension of SQL with graph queries called SQL/PGQ and a standalone language for graph databases, called GQL.

简历
Leonid Libkin is a professor of computer science at the University of Edinburgh and École Normale Supérieure, and a scientific advisor to Neo4j. He was previously a professor at the University of Toronto and a member of research staff at Bell Laboratories in Murray Hill. He received his PhD from the University of Pennsylvania in 1994.  His main research interests are in the areas of data management and logic in computer science. He has written five books and over 200 technical papers. He has chaired programme committees of major database and logic conferences (PODS, LICS, ICDT).  His awards include a Marie Curie Chair Award, a Royal Society Wolfson Research Merit Award, and six Best Paper Awards. He is an ACM fellow, a fellow of the Royal Society of Edinburgh, and a member of Academia Europaea. 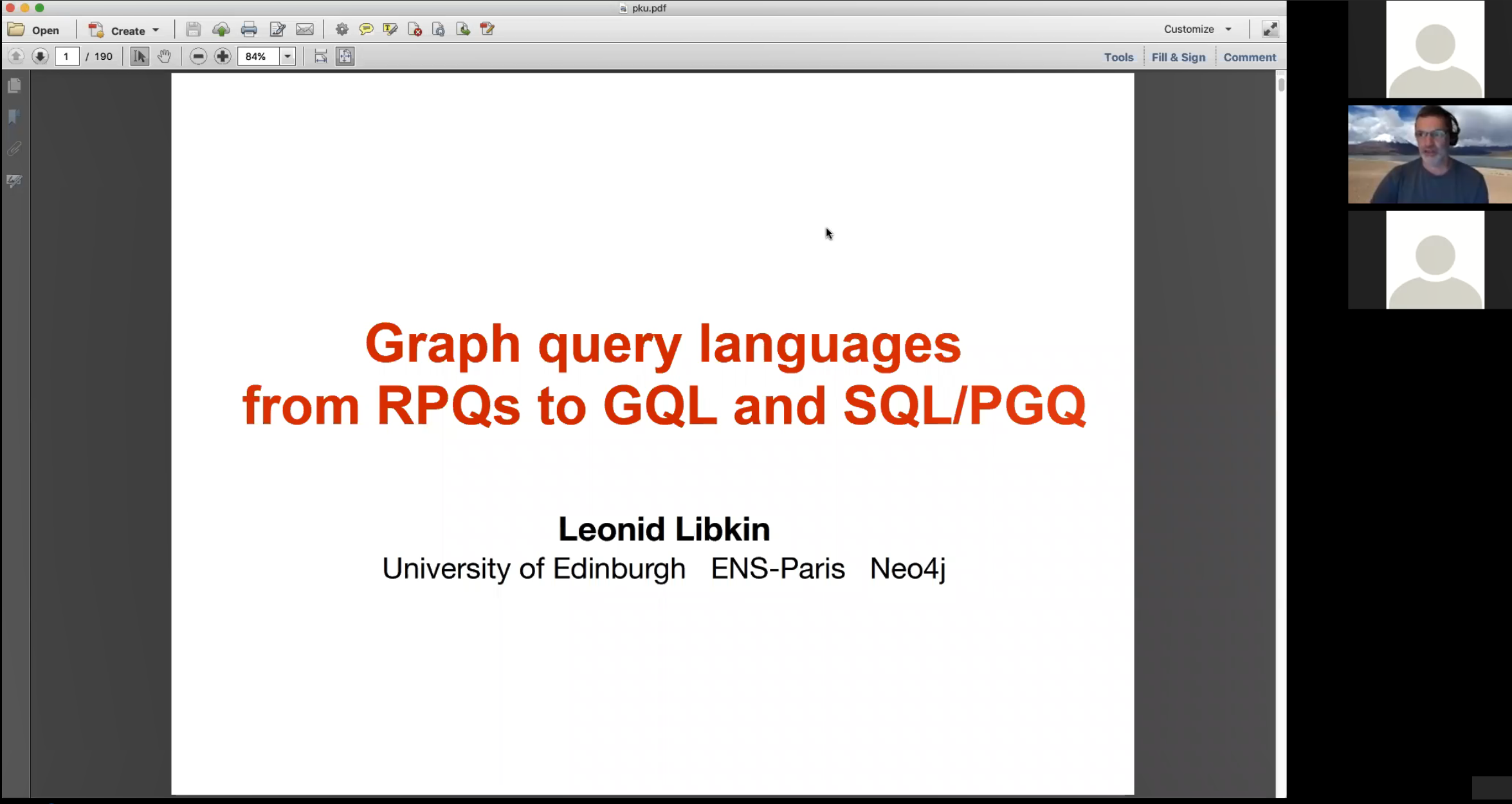